A quiet, watchful person, Phoenix puts forth an image of graceful calm even under pressure. She has endured a lot in her young life and she trusts only a few people. She does not make friends or intimate connections easily and sometimes once the relationship has run its course she severs the connection.

Phoenix fits the mold of ‘The Idealist’

Quiet, reflective, and idealistic. Interested in serving humanity. Well-developed value system, which they strive to live in accordance with. Extremely loyal. Adaptable and laid-back unless a strongly-held value is threatened. Usually talented writers. Mentally quick, and able to see possibilities. Interested in understanding and helping people.

Her temper is that of a slow boil. If prodded enough it will erupt.

2369 9th Eri (May) -Born to Morian and Kiana Lalor, Penelope and her brother Pallas were born on a cold blustery night. Unexpected was the birth of twins, and even more so was the fact that Penelope was born first. Being female and born first was a curse Penelope would have to bear. She grew up watching her brother Pallas get all the attention and praise. Watched him be feted while, she kept to the shadows and helped her mother raise their younger siblings Kyian and Miran. Her future was already etched in stone.

At age 10 she was betrothed to a distant cousin and her training in the art of running a house increased while her brothers learned about flying their ships, and ruling. But it was all about to change.At their 16th birthday celebration, Pallas, for let us be honest the part was just for him, insulted another kingâ€™s son and they fought a duel. But Pallas, stabbed the man in the back, killing him dishonourably. Penelope, watched her fiance die by her brothers hand and knew her father would have to kill Pallas now. So she stepped from the shadows and made her brother a deal. She would take the blame. And he would when he ruled, allow her to live out her life in peace without being seen as a pawn. Pallas agreed. They set the scene. Penelope’ dress was torn, and Pallas slapped her around a few times and then he returned to the feast. She followed 15 minutes latter, staggering in tears pouring down her face. 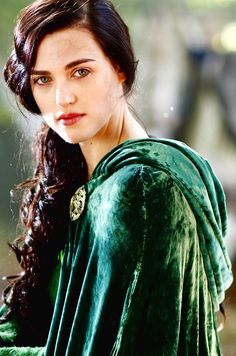 Shocked, her father and mother had her hastily escorted to her bedroom where she explained that her betrothed had attacked her, and fearing for her life she had stabbed him in the back.When her father explained the situation to the dead man’s family, they demanded punishment. It was deemed that since no one could tell the dead manâ€™s side, that they would merely punish Penelope to the full extent. Which, luckily for her ended up being tempered by the presence of a Starfleet delegation.

She was taken to the city’s arena where she was dressed in commoner’s trews and shirt. Her hair was left unbound and her circlet of position was taken and held by the High Lord. She was tied to a pole in the centre of the arena and her shirt ripped off her back, leaving the front modestly in place. Her father whipped her 60 times. Penelope endured the whipping up til the 20th stroke when she heard Pallas’ voice from beside her say “Father, you are too lenient on her. Let me do it for you.” Her father refused and upped his strength in the strokes, each one being jeered on by her twin. Penelope bit her lip but soon her muffled cries were screams and before the 50th stroke she was unconscious. Before she fell unconscious she saw in the crowd a group of Starfleet officers, and she locked eyes with one of them. A male Humanoid, she would later know as Mattias Richardson.

Penelope awoke in a federation style medical facility. She had been pulled out of the arena by Starfleet Officers. Her back had been tended too and clean clothes befitting her station had been brought up to the Federation embassy. Pain and anger filled Penelope and she took a deep breath. She met Mattias in person when she was more fully awake, and they developed a friendship. A Close friendship that in later years would grow into a sexual relationship. After weeks of treatment She was released back to her family but Penelope refused to speak to any of them, except to say that she didn’t want to be called Penelope anymore. She would take her second name of Phoenix as her first from that day forth.

The day after her release from the federation’s medical facility Phoenix took action. She applied to Starfleet. Her handwriting was that of a young noble woman of her class, the only thing she really knew how to do, other then run a household was read and write in High Erisian. But She sent the letter anyway. Then she packed her belongings. Her clothes, what jewellery she had been given as betrothal gifts and the like. She snuck them out of the castle where she had been born and raised and hid them well. Then she rode her horse to the City’ square. What she did next was brave and incredibly stupid in some eyes. But in her own heart she had to do this.

Phoenix stood in the centre of the City square and began to speak. People paused and stopped to listen as the princess of Hiran spoke. “People of Erisan, hear my words of truth. The punishment delivered on me should have been delivered on Prince Pallas for his crime of dishonourably slaying a man. He stabbed my betrothed in the back as he struggled to get to his feet. And then allowed me, his sister to take the blame. YES I volunteered but only to save my brother and father the humiliation that Pallas delivered on them both. My father took the punishment too far and my brother who should have been thanking his sister, urged him on. THIS IS NOT the world we women should be forced to live in. WE SHOULD NOT HAVE TO ENDURE THE MEN’S HYPOCRISY IN THIS MANNER! If you want proof of what I say, the captain of the Hiran guard was there as a witness. But I will not stand here and watch our people fail to take advantage of the joys and opportunities offered by the Federation. Erisan should join the federation with women and men as equals. But it will not happen until all wish it so. I pray that you find your way to that enlightenment one day.” She then rode her horse out of the City and headed for the Federation’s base. Once there she applied for asylum and it was granted along with her application for Starfleet Academy.

Phoenix would spend the next 4 years at the academy studying and learning. She focused on Flight Control and piloting in her second year having loved the adrenaline rush she got from piloting the fighters in training. Those four years were tough on Phoenix, she had to be self sufficient, and there were no servants to help her out. But she made it. And when she graduated she was sent to the USS Montgomery Scott.

She was only there for a year before being transferred off to the USS Hydra where she was accused of assaulting a senior officer. The senior officer, the chief of Flight Control wanted to get Phoenix into bed but she refused. So he had her arrested for assault and even though it was never proven, she found it on her record. She was then transferred to the USS Talons Wing.

The Talons Wing was a different posting. It was assigned to oversee the area around her former home world. Her father, who had succeeded her uncle as high lord, two years after her departure, had started to push for Federation membership, though there had been little or no improvement in the issue of women’s rights. They had to undertake many diplomatic missions back to Erisan. This made it very hard for Phoenix who had often to shuttle both Starfleet Personnel and Royal advisers to the Talons Wing.

In late 2391 she was sent to the planet with three other officers to go undercover. But it ended badly and she was reprimanded for insulting a diplomatic envoy. Who just happened to be her baby brother Kyian. Not five months later she was accused of assaulting her twin brother and again this went on her record. This time to make that one true, she left Pallas limping and with a bloody nose. She told the CO to put that on her record and smoke it. He had her transferred instantly to a new position, on the USS Elysium.

Before she left the Talon’s Wing though, she found a stow away in her departing shuttle. It was her 12 year old sister Miran. Miran had run away from home, like Phoenix had, and was seeking sanctuary. The shuttle stopped at Starbase 245 on its way to Phoenix’s next posting, where Miran and Phoenix applied for Miran to gain asylum, and Phoenix took custody of her sister. With her sister now with her, Phoenix is very determined to make her life better. To make a home for her sister, and to make sure she gets an education worth more than the one they had as children.

2390: Assault on a senior Officer
2391: Insulting a diplomatic envoy
2391: Assault on a visiting Royal personage – both the last two, were her brothers, she doesn’t think these should count.

We use cookies to ensure that we give you the best experience on our website. If you continue to use this site we will assume that you are happy with it.AcceptPrivacy Policy