The Borg, Romulans, Cardassians, Klingons, the Dominion. Since mankind first set foot beyond the boundaries of Earth, we have stood at the precipice of conflict, and of all out war with these and other species among the Galaxy. But a new menace is brewing in the unexplored depths of space and for once, Starfleet has chosen the path of prudence and preparation rather than inquisitive innocence.

We are that prudence.

Starfleet’s mission is one of peaceful exploration. To ‘boldly go’ into the unknown. To poke, prod, investigate and in turn learn, regardless of the consequences so long as the glorious ‘Prime Directive’ is honored. We, the beings of the Starfleet Marine Corps are the clean up crew. We are the beings who stay behind, step out front and stand beside our inquisitive brothers and sisters in Starfleet ready to lend a helping hand or a firm right cross as needed.

Camp Falkirk is the home of the 2nd Marines – Lightyear Division, who stand ready at the edge of the Desolate Expanse and deployed throughout the Fleet preparing for the inevitable conflict that will arise when the deepening shadows on the other side of the expanse finally emerge into the light. We are the shield, and the sword. We are here to protect the borders of the Federation from this strange new menace, and from the very nature of those who call Starfleet home.

If you’re looking to ‘go boldly’ or to be on the forefront of academic discovery, then you have come to the wrong place. 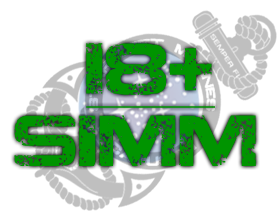 If your grit is only matched by your determination. If you are not naive enough to believe in Starfleet’s pacifistic approach. If you truly understand the sacrifice required to defend this great Federation, then you have come to the right place. Falkirk is where you will learn to be the best Marine you can, under the watchful eye of those who have learned by experience, and in the crucible of war.

Here is where legends are born. Are you the next one? Join today, and let’s find out.

Built within the sprawling, snow covered mountain ranges of Catus XI, Falkirk’s purpose is to serve as a staging and training facility for the Corps and to act as a forward operating base for any and all activity in the Aurellian Belt – the newly explored sector of space they now call home.

The Aurellian Belt is perched along the edge of an unexplored region of space colloquially known as the Desolate Expanse by those few species that have braved the Aurellian Belt – of which few have crossed into and lived to tell the tale. The Belt itself is home to dozens of systems and hundreds of worlds, almost all of which are uninhabited and barely habitable; much like Catus XI.

Beyond the belt is the Desolate Expanse – an uninhabitable stretch of space filled with strange anomalies and uncharted planetoids. There are whispers of a great power that inhabits the far side, but no Starfleet vessels have had any contact.

At least not yet.